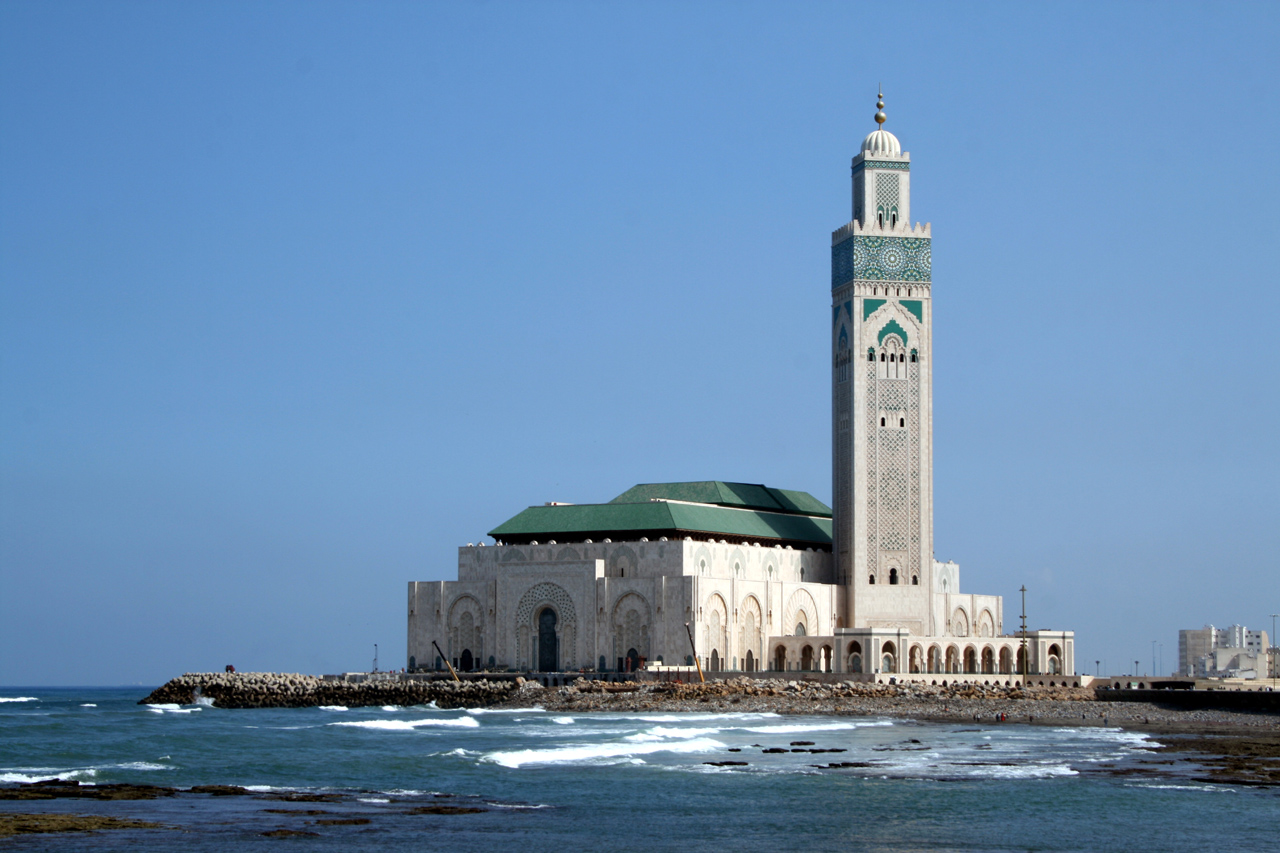 The great mosque of Casablanca is the third largest mosque in the world after Mecca and the Istiqlal Mosque in Jakarta. Built on the sea, it has a minaret of 200m high, making it the highest religious building in the world 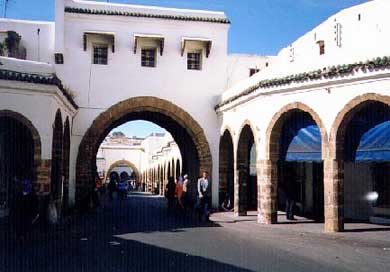 Habbous Casablanca is a neighborhood built between the years 1920 and 1940 to deal with the arrival of several merchant families, who flocked from all corners of Morocco and in the context of Lyautey's policy of separating residential places European of Moroccan places of residence. Today, The Endowments is a traditional haven, several bazaars and traditional shops are located there. 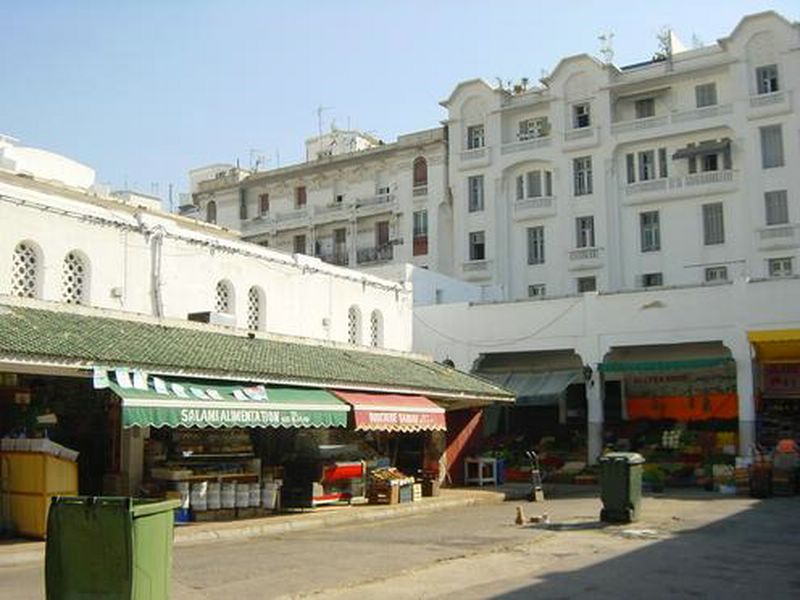 At the Central Market of Casablanca, the sight and smell are at the party. Fish and seafood straight out of the ocean, pyramids of fruits and vegetables? The products are tasty and beautifully presented. 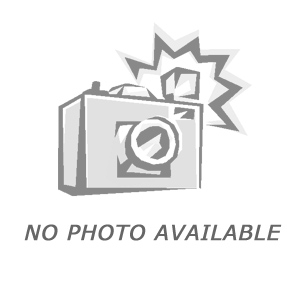 La Casa Del Arte is an art school and also a place of production of artistic events. Around an Andalusian patio, Casa Del Arte wants to be a high place where intellectuals and artists meet, interact and merge to better development of the Moroccan culture. 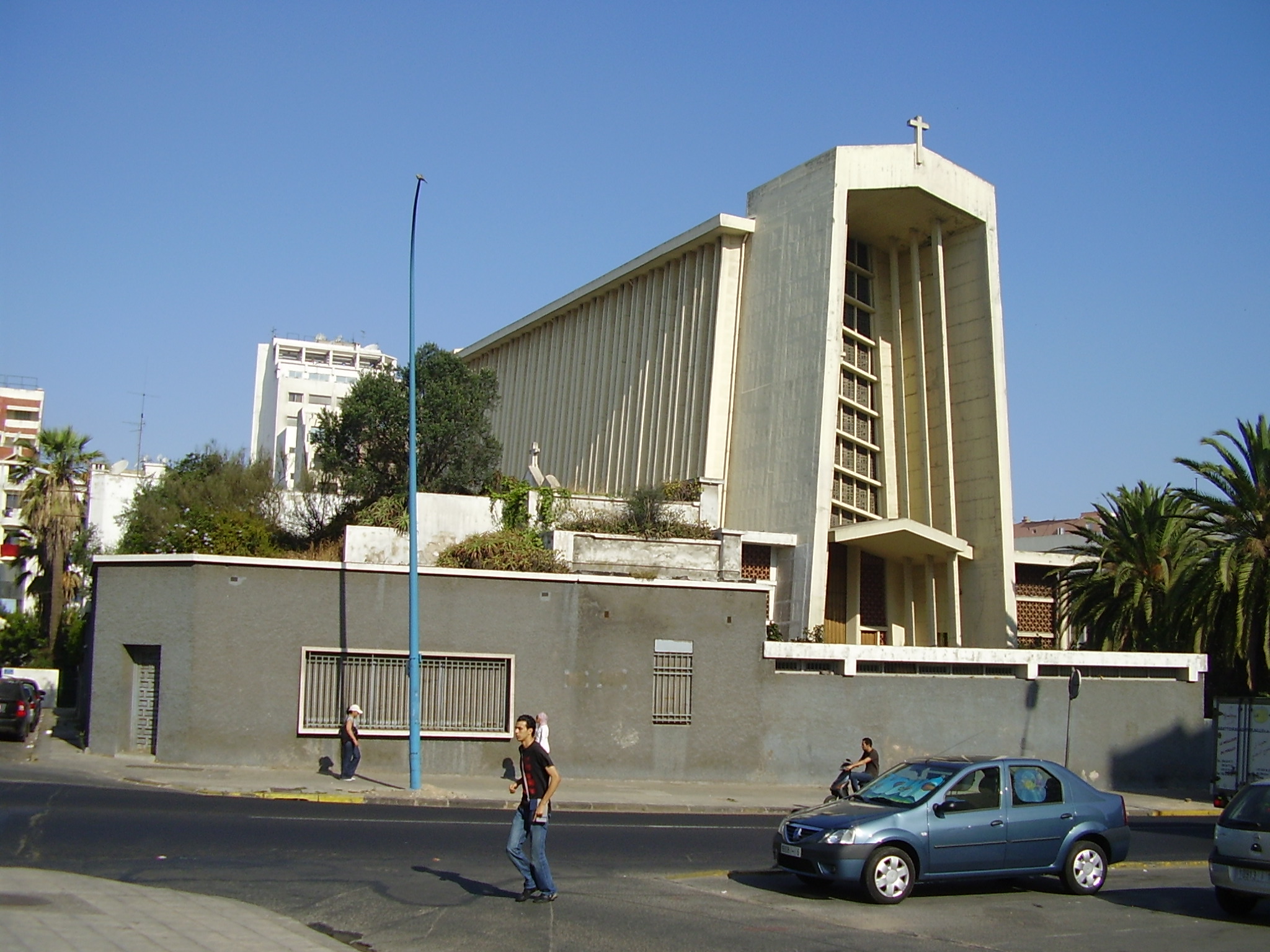 The Church of Our Lady of Lourdes was built in 1956 by architect A. Zimmer of England and the engineer. From the outside of this powerful mass concrete, nothing special to find but inside you will have the joy of seeing 800 m2 of stained glass. 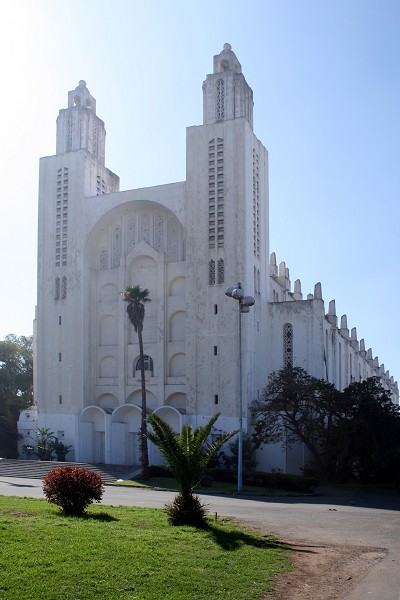 The Sacred Heart Cathedral is a former Roman Catholic shrine in the city of Casablanca. It was built in 1930 by architect Paul Tournon [who holds the Prix de Rome, in a style that combines Gothic and art deco aesthetic. It is surrounded by a large park, the Park of the Arab League. Today desecrated the ancient shrine occasionally hosts exhibitions and cultural events.

The Museum of Moroccan Judaism, located in the Oasis neighborhood of Casablanca, is unique in the Islamic world. You will find paintings, objects of everyday life as well as photographs testifying to the Jewish life in Morocco. 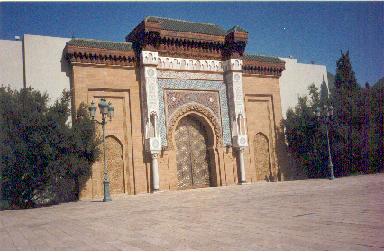 The Royal Palace of Casablanca has a magnificent Arab-Muslim architecture, like other royal palaces of the kingdom. The Palace of Casablanca, when with him, was the scene of several major events at national and international reputation, such as the founding summit of the Organization of the Islamic Conference in 1969, following the arson of the Al Aqsa mosque Jerusalem. And also the historic visit of Pope John Paul II in 1985, the first of its kind in the Islamic world.